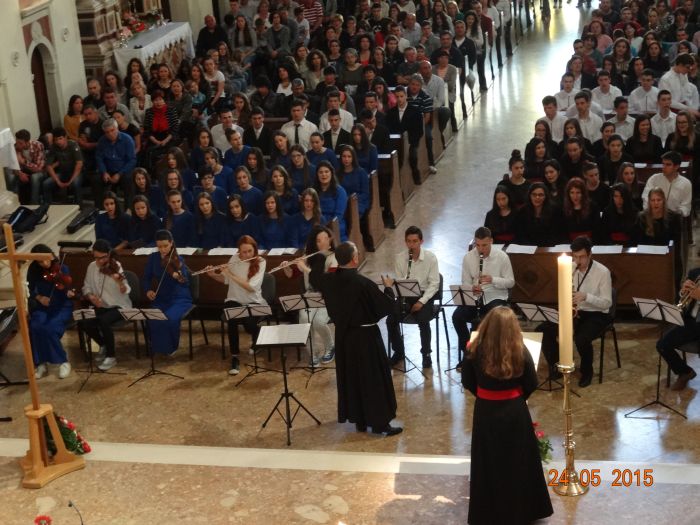 Franciscan convent which is closely connected to The Santuary of Madonna of Sinj was being built and built on gradually. Since the ancient times it has been bringing up and preparing juveniles for Franciscan service. In 1838 Sinj got the first gymnasium with lessons in Croatian, the classical gymnasium of Franciscan province of Most Holy Redeemer. In 1907 a new seminary was built along the Alka tilt yard which, at the end of the Second World war taken away by the then government.

The building regained the right of the publicity after the fall of communist regime in 1990. Monastery has a rich library, valuable archaelogical, ethnologic, paleontlogic and numismatic collection. After many removals, in 1972 a special building was built and, above mentioned collections, under the name 'The collection of Franciscan convent in Sinj“, were placed there.